Madam C.J. Walker – the first Black woman to become a self-made millionaire. Born Sarah Breedlove, the first child in her family born into freedom, orphaned at the age of seven, Madam Walker created an opportunity for herself with seemingly nothing on her side.

Creating her own line of hair care products and popularizing the hot comb, Madam Walker used her accomplishments and fortune as a job creator and philanthropist empowering an estimated 25,000-40,000 “Walker Agents” set up through Black institutions during the early 20th century.

With her products, Madam Walker set out to benefit Black women, never to change them. Always urging clients to shampoo frequently, following her trusted “Walker System”, use her hair grower system, oils, and hot combs, enabling the production of healthier, stronger hair.

Embracing the beauty and purity of one’s hair, allowing women to take pride in themselves was her focus.

When African women were brought to America during the slave trade, their heads were shaved as a way to strip them of their identity and culture (Essence). Once in the United States, intricate braids women used to wear had to evolve into simple and easy-to-manage styles. These new braids became more functional and developed a new level of importance – enslaved people used braids as a form of communication to relay messages of freedom.  When enslaved people gained freedom on June 19th, 1865, women started to abandon their braids and began to straighten their hair to conform to societal “norms” – and the standard of beauty they felt pressures to uphold.

The pressures to uphold a standard of “beauty”.

There was a recent story in the news about a woman who used an industrial strength glue on her hair to smooth it, instead of her usual hairspray. Whether she used reasonable care when reading the disclaimer or not, or whether it was a mistake in ordering the products that bears a similar name to an actual haircare product popular with Black women isn’t important – what strikes me, is why she felt compelled to use this product in a pinch. Is the racism that Black women face their entire lives, the conformity to spend hours using painful relaxers to be “neat” or “professional” (code: white) what drove this woman to the extreme?

Hair discrimination may sound extreme and for many – insert an eye roll and wonder, “does everything have to be about race”? For those who question, they don’t understand the long-standing history of Black hair, microaggressions surrounding Black hair and punishment, while watching the cultural appropriation of Black hairstyles in Hollywood from white counterparts with a freedom to express themselves as they please. It’s about more than hair – it’s taking back freedom, history, and building inclusive beauty.

In 2019, the CROWN Act was introduced. First signed in California by Governor Newsom, the bill prohibits discrimination against workers and students based their natural hair. California’s passage of the bill has led to other states to consider similar bills banning hair discrimination as well as a bill proposed at the federal level by U.S. representative Cedric Richmond and U.S. senator Cory Booker. As of May of 2020, seven states: California, New York, New Jersey, Virginia, Colorado, Washington, and Maryland, have passed laws prohibiting discrimination based on hair texture. In September 2020, U.S. representative Ilhan Omar announced the passage of the Crown Act in the House of Representatives, which would prohibit racialized hair discrimination nationally if enacted.

As a Black mother working in the state of California, I am no stranger to the racism behind hair discrimination. I, however, want to embrace the correlation between my hair and my culture. Teach my daughter to love her hair, and like Madam C.J. Walker set out to accomplish and embrace the beauty we’re all born with.

Hair and beauty choices of Black women were prominent during the Civil Rights movement, women began to show their devotion to their culture, ethnicity, and identity – letting their hair down, leaving scarves and wraps behind, going natural, becoming visible for who these women truly were. I see women in my community and social groups embracing this again now. Black women who once felt compelled to chemically straighten their hair, cover the beautiful curls they’ve been told to keep under wraps, women are now taking back their hair – letting it “go natural” or even cutting it short. The way a woman feels can be tangled within her hair, but the liberation of owning your hair is pretty remarkable.

Last year, I co-founded the Black at ABD Employee Resource Group (ERG). Through Black at ABD, we aim to enhance the Black employee experience at ABD by creating opportunities for development, advancement, leadership, and cultural awareness. I have to admit, when I first heard about the unfortunate incident the woman faced with the potentially toxic glue in her hair, I was upset. Upset with the ridicule she faced. Upset that she was the punchline of professional platforms and talk show banter, upset that most people who said her name or laughed at her expense, have no idea how social “norms” are racist and require Black women and men to alter appearances to be deemed “professional”. I wanted to use this unfortunate event to teach and embrace a positive figure in Black History.

I recently spoke to one of my mentors, Alvin Tillery, Social Scientist, DEI Evangelist, and Director, Center for the Study of Diversity and Democracy at Northwestern University. He shared:

“The US was founded upon a racial hierarchy that assigned citizenship rights and social standing based on skin color and other characteristics that drew hard distinctions between whites and people of color. While we have made great strides in overturning the old ways of thinking, bias against women of color over their appearances is a major problem in all women of color. Sadly, we also know from social science studies that some of these biases around appearance have been internalized by women of color themselves.”

As we see strong, confident women, such as Stacey Abrams, Lupita Nyong’o, and Rachel Cargle wearing natural hair, I hope we continue to see more women embrace their hair. I hope to see more states continue to prohibit discrimination based on hair texture. I hope we see more thought and consideration, less appropriation, and even more compassion for those who make a choice incomprehensible to most. 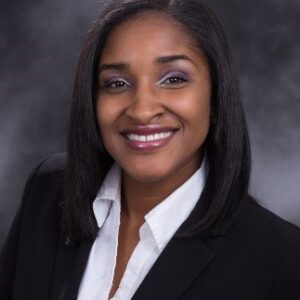 Ivoree Reinaldo is a Vice President at ABD Insurance and Financial Services. Ivoree has 15+ years of commercial insurance experience as an insurance advisor and risk management consultant. Growing up in the inner-city of South Central, Los Angeles, Ivoree grew a passion for nonprofits, schools, and organizations who support the youth. She is passionate about working with organizations who are helping to “change the world.” Ivoree prides herself on being able to help organizations limit their risk by serving as a proactive consultant and insurance program risk manager.
The information provided is of a general nature and an educational resource. It is not intended to provide advice or address the situation of any particular individual or entity. Any recipient shall be responsible for the use to which it puts this document. ABD shall have no liability for the information provided. While care has been taken to produce this document, ABD does not warrant, represent or guarantee the completeness, accuracy, adequacy, or fitness with respect to the information contained in this document. The information provided does not reflect new circumstances, or additional regulatory and legal changes. The issues addressed may have legal, financial, and health implications, and we recommend you speak to your legal, financial, and health advisors before acting on any of the information provided.